Jorge M. Pérez, Chairman and Chief Executive Officer of The Related Group, has led South Florida’s complex urban evolution for over 40 years. His commitment to “building better cities,” and natural ability to identify emerging market trends makes him one of the most trusted and influential names in real estate.

A lover of art and an avid collector, Pérez infuses each development with museum-quality works of art, including pieces from master artists such as Fernando Botero, Jaume Plensa, and Julio Le Parc. The carefully curated collections are proudly displayed throughout all Related developments, complementing each building’s unique character and often serving as prominent community landmarks.

Driven by a lifelong commitment to better his community, Mr. Pérez has grown to become one of the country’s most prolific philanthropists and recently established two foundations dedicated to the advancement of an equitable, thriving South Florida. The first, the Related Philanthropic Foundation, serves as the charitable arm of the Related Group, while the second, named The Jorge M. Pérez Family Foundation, functions as the Pérez family’s personal philanthropic fund. While each has its own respective focus, both foundations are dedicated to empowering and supporting organizations driving positive impact in the areas of economic development, education, health and well-being, the environment, and arts and culture. The latest round of contributions includes a $1 million-donation to Florida International University’s (FIU) Metropolitan Center and a $1 million-gift benefitting twenty South Florida-based non-profits, including ArtCenter South Florida, GableStage, Miami New Drama, Adrienne Arsht Center, Arts for Learning Miami and Together for Children.

Mr. Pérez also continues to support long-term causes, most notably, the Pérez Art Museum Miami (PAMM), which was renamed in his honor following a $40-million-dollar gift in 2013. Over the years, Mr. Pérez has sustained his support of the institution through various gifts, both in cash and works of art, with total contributions exceeding $60 million. Other current beneficiaries include National YoungArts Foundation, Big Brother Big Sisters of Miami, United Way of Miami-Dade, YMCA and many more. Mr. Pérez is also committed to The Giving Pledge, a campaign founded by Warren Buffett and Bill Gates to which states he will donate 50 percent of his wealth to philanthropy. 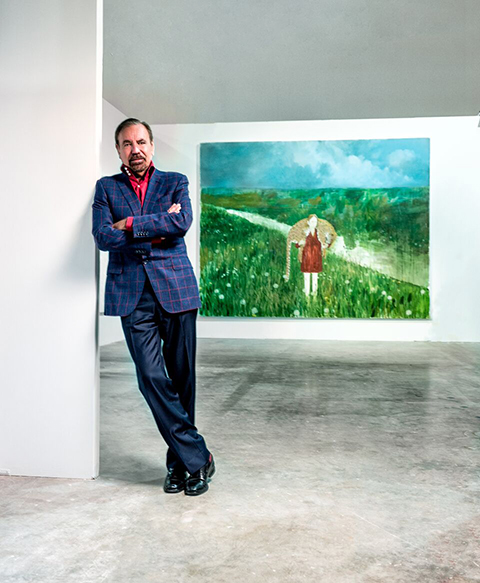