Posted at 12:50h in Past Residents by admin 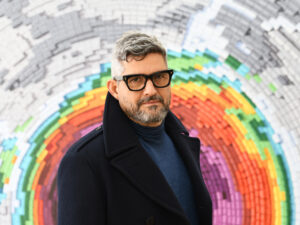 Dagoberto Rodríguez was born in Caibarien, Las Villas in 1969, and graduated from Instituto Superior de Arte (ISA), Havana, Cuba in 1994. In 1992 he co-founded the collective Los Carpinteros. His works have been exhibited in Museums and cultural institutions around the world such as MoMA, Whitney Museum of American Art or Guggenheim in New York, Centre Georges Pompidou in Paris, the Tate Modern in London or the Museo Nacional Centro de Arte Reina Sofía in Madrid, among others.

Dagoberto Rodríguez is currently working between Madrid and Havana.