Posted at 10:45h in Past Residents by admin 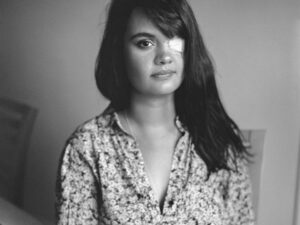 Claudia Genlui (Havana, 1990) is a Cuban art professional, curator, and activist. As a founding member of the San Isidro Movement, created in 2018 to protest state censorship of artistic works, and 27N Movement (a group named after the artist protest outside the Ministry of Culture in Havana), she is particularly interested on the impact of art in civil society. Genlui has collaborated with artist and activist Luis Manuel Otero Alcántara on several projects, including Le drapeau, Children were born to be happy not to die in (building) collapses, and Cause No. 1 (2019). Among her recent exhibition projects are Impulso (XIII Havana Biennial) and Art in Resistance (Oslo Freedom Forum). She has written for several independent Cuban media outlets, such us El Estornudo, Hypermedia Magazine and Rialta. During her curatorial residency at the Jorge M. Pérez Collection and El Espacio 23, Genlui will focus on researching and promoting the work of Luis Manuel Otero Alcántara who remains incarcerated at a high-security prison in Havana.